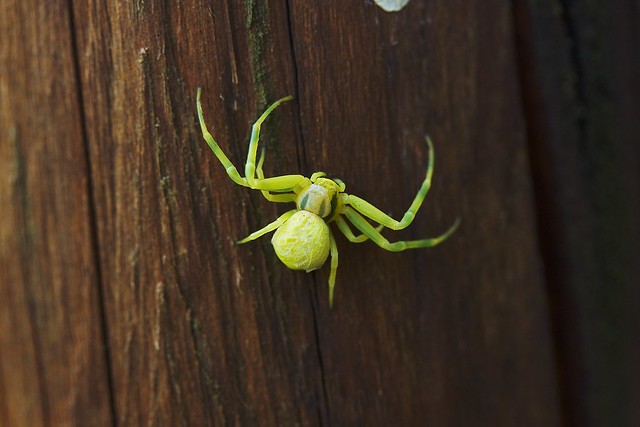 On Saturday Professor Alice Roberts started talking about spiders on Twitter, spawned the #SpiderSaturday hashtag, and more interestingly to me, started retweeting pictures of the eight legged cuties that people sent to her. I thought I’d get involved.

Perusing through my Flickr Photostream I found a suitable image to sent to Alice, the small green arachnid you see here. On the off chance that the professor decided to retweet the image I made a note of how many views the image had recorded against it on Flickr. One hundred and seventy seven views. 177 views since June last year. Not my most popular image by a long way, but not a bad total number of views for me. I sent this tweet to the professor:

and then I waited to see if she would retweet it. To my delight the retweet came and I excited looked to see how this would effect the view count on the image, if at all. At the time of writing, just 24 hours later, the view count has rises from 177 to 524. That’s almost a 300% increase. 177 views in fifteen months, and 347 views in 24 hours. This is quite impressive. These kinds of figures are by no means earth shattering in global terms, but on my small scale this is a massive increase in traffic to my photostream.

If you have an important message that you need the world to see, then a celebrity retweet can really help.